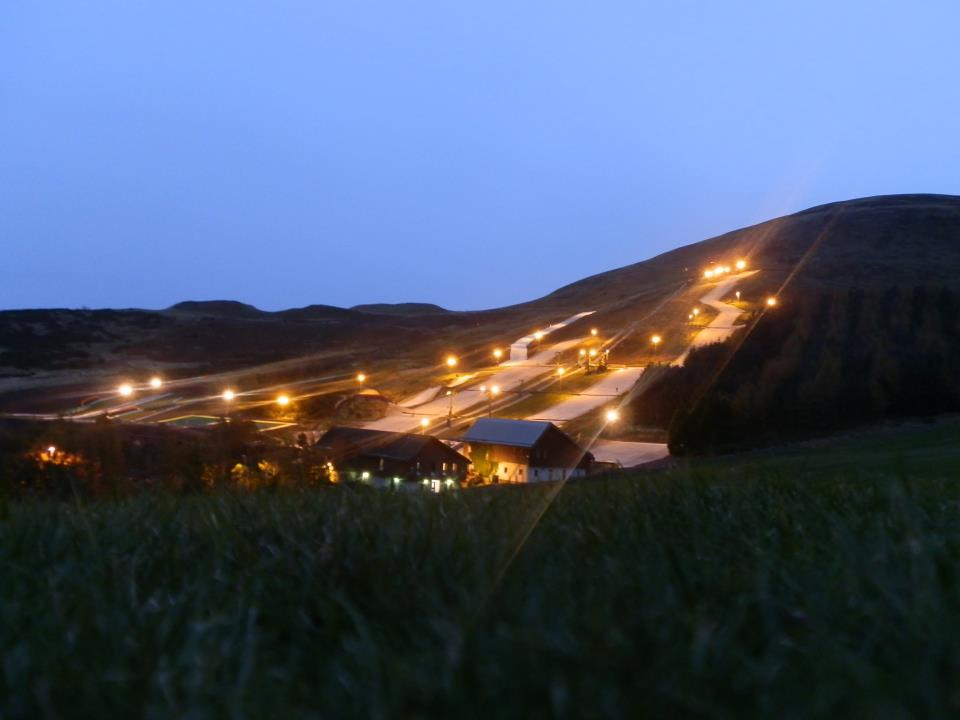 This was my first proper weekend back teaching at Plastic Fantastic  – more commonly known as Midlothian Snowsports Centre, Hillend, Edinburgh. In typical Scottish style the weather was great one day…not so great the next. Saturday was an awesome cool crisp bluebird day. Sunday was a whole different kettle of fish. I thought I would need to build an Ark the rain was so heavy. I was soaked to the skin by lunchtime. The plus side of a rainy day is that the artificial surface runs a lot smoother and faster….speed is your friend… 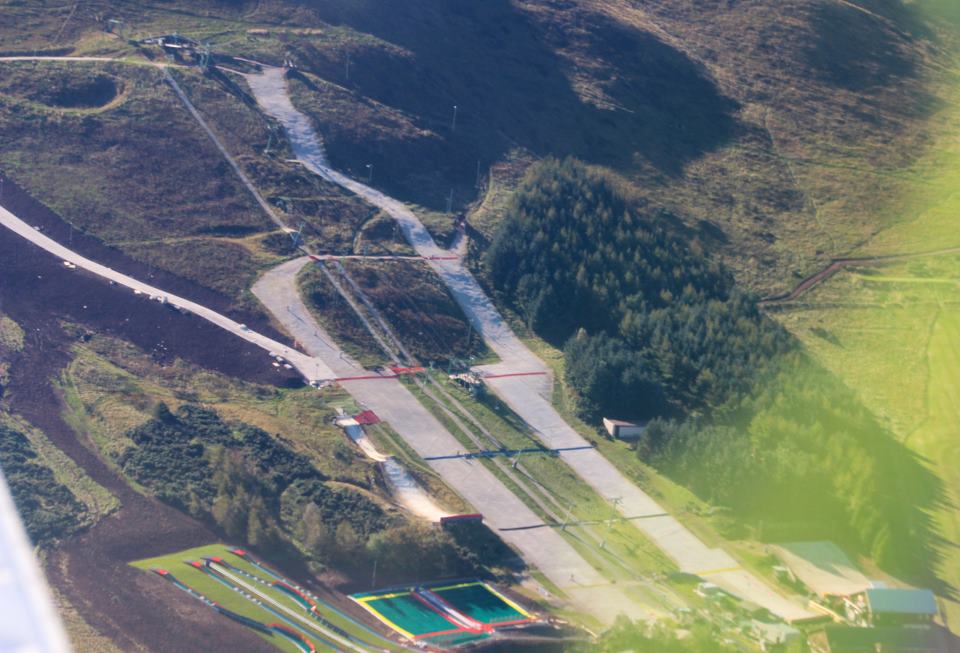 The great thing about teaching at an artificial slope in the UK is the variety of clients and ability levels you can experience in a short space of time. That means as an instructor you need to be very adaptable and pretty much prepared for anything!!

This weekend was no exception. My first lesson was with a total novice skier. A young 13 year old lad with Downs Syndrome. We didn’t make it off the nursery slope but he showed good balance. He  just had a slight lack of motor skills meaning he couldn’t form a snowplough very successfully. All will come good in the end. It will just take time, patience and a wee bit of practice. He actually did pretty well considering it was only an hour lesson. His dad hung around at the side of the slope. This was helpful at times but it also proved a bit of a distraction for him. The family have requested me again for next Saturday morning. Really looking forward to seeing how far we can get. If I can get him to control his speed in a snowplough and confident on the tow by the end of next Saturdays lesson I will be a very happy man. It would open up more of the slope for him and therefore give him the chance to get lots of mileage under his feet.

Next up…two teenage rugby players who are trying to improve their skills before going on a school ski trip later in the season. They quite sensibly want to progress as much as possible before heading to the snow. They don’t want to waste any of their precious snow time learning how to put ski’s on and negotiate baby slopes. They want to be able to explore as much of the mountain as they can. Determined clients with a goal and a timeframe are always great to teach. They are focused, determined and eager to learn. Difficulties may however arise if the goal is unachievable within the set timeframe!! So what do you do? If expectations are set too high you need to be diplomatic and help them set a realistic goal. The trick is in selling the new goal as a sparkly and exciting stepping stone on the path to their final goal. Failure to do so can lead to a loss of enthusiasm…or worst case scenario a client throwing their toys out of the pram..not an enjoyable situation. Although being honest..it can be quite amusing.

These guys were however quite realistic. Their only real aim was to avoid the beginners class when they go away…they obviously had a macho image to uphold.  I was pretty pleased with their progress. They moved from the nursery slope to the tow slope and one in particular showed great natural aptitude. They both went from rusty snowploughs to being able to control their speed and change their direction of travel. A pretty successful hour. They left with big smiles on their faces – that is the most important thing when teaching skiing..making sure your clients are happy. It really does pay to go the extra mile. What is a few extra runs if you have no other clients lined up? Believe me if you really care that they are progessing and do some extended lessons they will be back for more. The motto do well by doing good is so true in ski teaching. We all started out skiing and teaching because we love the sport and want to share our passion with others..I know I never thought..”hang on I know how I am going to get rich..I’m going to become a ski instructor!!”.

Lesson three on Saturday was with a lovely couple. They are getting worried that their kids are going to leave them behind. I really admire that they want to keep a few steps ahead of their sprogs. As is so often the case..they had put their kids into ski school and seen how quickly they had progressed so wanted some of the action for themselves..well actually.. they just weren’t prepared to let their kids be better than them.. sometimes this is the best motivation.There are so many families I see coming up to the slope where mum and dad just sit at the side while junior gets a lesson. Such a waste! Make use of your hour or three of freedom and get out and play on your ski’s people!!

They have both been skiing for years but had not progressed in a long time. They have had quite a few lessons over the years but it soon became very clear that they had either never been taught or had forgotten a few fundamentals. It is always great when you see something click in your clients head. That lighbulb moment where it all becomes clear. I was so pleased at the end of this lesson. In the space of an hour I managed to totally rebuild the dads skiing and get it back on the right track. A couple of simple drills and a clear explanation goes a long way. Happy client = Happy Instructor.

Last up for saturday was a 5 year old..now I will admit the last thing you usually want at the end of the day is a 5 year old beginner. They can be a bit of a handful. This wee chap was however a super strong fit determined little rockstar. I could totally see him becoming a sportsman when he grows up. He had a great attitude and loved every second of the lesson. Its the first time I have ever had a 5 year old run away from his mum and try hide under the chairlift because he didn’t want to stop skiing.

As I mentioned earlier I should of worn a wetsuit and snorkel on Sunday. I woke up to a torrential downpour. The first lesson of the day was a two hour open class for beginners. There was only 4 participants which was great because it made it possible to give a lot more individual feedback and really focus on each individuals needs. I think 3 out of the four are now totally hooked and are dying to get some more ski action.

My last three hours was taken up by Kids ski school –  week 4…TEST WEEK… dun dun dun (dramatic music). I had 5 beginners.. they all passed..this final week saw some good progress..from not being able to control their speed in a snowplough to being able to turn (not always gracefully) from two thirds up the slope. Mental note to self…learn some kids computer game names and cartoons..I had no idea what they were on about some of the time haha.

Okay dokey..signing off for the evening. Until next time boa noite.