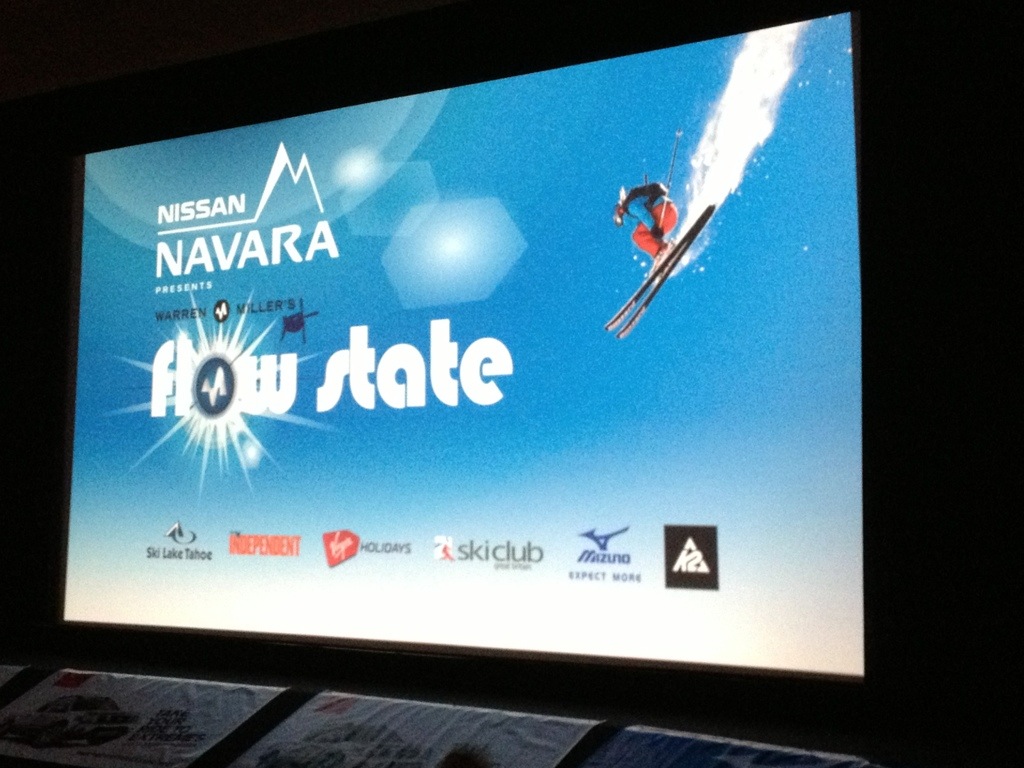 A lovely bright sunny Edinburgh day. Really sad not to have been able to make it north on the opening weekend of the Scottish Ski season. Both Cairngorm and Lecht started mountain operations for the winter. There has been some nice initial snowfall which has been topped up by snow cannons. Luckily in Scotland there is an abundance of water so they could pretty much have those things switched on 24/7 all year round as long as the temperature is right. Today is totally bluebird and my feet are itching to be strapped onto my planks but alas no snow fun for me today. I have consoled myself with some climbing. A bouldering session at Alien Rock 2. Later today I will be indulging in some ski porn at the Dominion Theatre in Morningside. The Dominion is the without doubt the comfiest cinema I have ever been in. There are no typical movie theatre seats to be found here…oh no.. only massive comfy leather couches and foot rests..AWESOME. This is how all cinemas should be!!

Flow State is by Warren Miller – the grand daddy of ski movie makers. Well actually it is now in his name only as he sold the company in 2004. I have seen some negative comments directed at him on social media sites but do you know what? If you think your too cool for a Warren Miller movie you really need to reassess. It is skiing and snowboarding in beautiful surroundings with big mountains and beautiful fluffy white snow. What is there not to like? Embrace it, let your too cool for school attitude subside for an hour or so and just enjoy the show. Skiing ROCKS.

It opens with a high impact sequence of impressive skiing and equally impressive crashes put to some good old rock. The movie was shot in some fantastic locations such as Japan, Alaska, Svalbard (Norway), Austria, Switzerland, B.C….pretty much any place you have ever dreamt about tearing up the mountains is depicted. One of the highlights for me was the crossover between racing and free riding. The production team enlisted the services of a pretty impressive cast of current and former World Cup Racers such as Tommy Moe, Ted Ligety and Darron Rahlves. It was great seeing these guys out of their normal skiing environment. You could tell that they loved escaping the confines of gates to go and explore the backcountry in a chopper.

The highlight of the film for me was seeing what a total sport Ted Ligety is. He was really going for it when Heli-Skiing in Alaska and laughed at himself when he totally ate sh*t in a spectacular wipeout.

In true Warren Miller style there was some ski history and craziness thrown in for good measure. Such as the Ski Ballet team and a piece about the 1,000 or so troops who formed an elite skiing brigade in the US Army. It was pretty impressive seeing the old footage and the skill level these guys had when hurtling down the mountains with backbacks and rifes on what can only be described as two chunks of wod strapped to each foot. As a little experiment they sent some modern day skiers off wearing the same clothing and using the same equipment…lets just say they did’t cope very well. They interviewed some of the original soldiers. They all still had a passion for the mountains and looked like the happiest guys alive. Once the mountains are in your soul you are hooked for life.

They stopped the movie half way through for a good old fashioned intermission. During this time they held a raffle…I didn’t win anything as per usual..but one kid struck lucky..well her dad did anyway..she won a pair of Rossignol Race Ski’s..way too big for her..the smile on her dads face was wider than the cinema screen.

When the film finished, in what actually seemed like a slight anti-climax, I couldn’t resist buying a t-shirt and 3 DVDs. Hopefully I will get to strap my own planks back on in the next few days..but until then I have some ski movies to keep me occupied!! 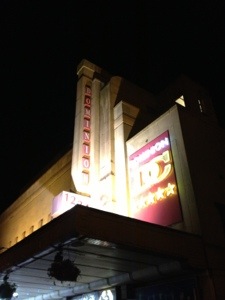 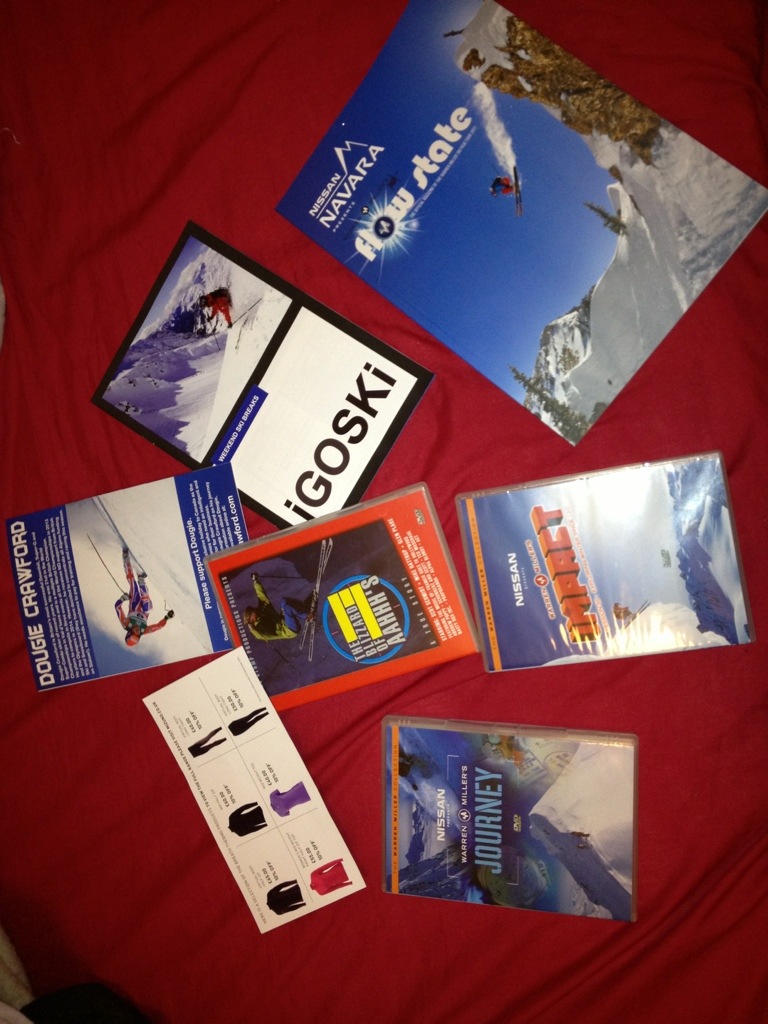 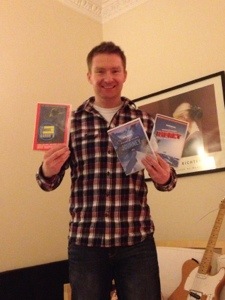